Quick capture video on YouTube with your Symbian Nokia smartphone

Capturing video and publishing it on the Internet with your mobile now is easy like one-two-three. Just start Mobiola Web Camera (application that we have mentioned before) on your Symbian Nokia smartphone (the list of them you can check on developer's site), connect and start video stream from your phone and run Quick Capture function of YouTube service. That's it! Now you're in the Internet, everybody can watch you! If you need more detailed guide, just refer manual how to use Mobiola Web Camera with YouTube and Grouper video services.
Posted by Spectator at 3:30 AM No comments: MyCasting Orb 2 now lets you watch videos from the popular video sharing services on your mobile phones. Also it allows to search all videos from YouTube, Google, DailyMotion and Yahoo directly from mobile phones. But unfortunately you need to have your own PC connected to Intrernet and webcast these videos to your phone.
Posted by Spectator at 3:40 AM No comments: 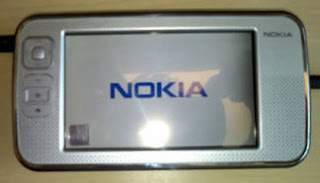 After launching Nokia 770 Internet Tablet it seems that Nokia propose to develop a successor of it. Get ready to see a new Wi-Fi device, Nokia 870 tablet with a little webcam and VOIP functions pops up.
Posted by Spectator at 3:33 AM No comments:

Based on the Symbian S60 3rd Edition FP1 operating system, the Nokia 6290 is designed to be a high volume 3G handset for all of the new 3G networks. The Nokia 6290 smartphone have a brilliant - 2.2-inch QVGA (320x240) screen capable of displaying 16 million colors. The Nokia 6290 have dimentions as little as 94x50x20.8mm and weight of 115 grams. Also there is the 50MB onboard storage and WCDMA 2100/GPRS/EDGE with data transfer speed up to 384Kbps, the 2 megapixel camera, MP3 player and video calling.
"Simplicity is what makes the Nokia 6290 smartphone so smart," said Kai Oistamo, Executive Vice President and General Manager, Mobile Phones, Nokia.
Posted by Spectator at 2:34 AM No comments: